Once high-speed imaging has been used for qualitative image capture, the next step is very often, the quest for images that can be used for quantitative purposes – point or field measurements within the phenomena being investigated. This requires images to exhibit the information that allow some form of calibration and to capture the phenomena in such a way to allow measurement of the desired variables.

Once such application is a means of comparing and characterising energetic materials. These very bright self-illuminating events with durations typically less than 3uS, present specific challenges when attempting to characterise quasi two-dimensional (2-D) shock-front geometries, from which 2-D shock position, displacement, velocity histories and shock-pressure attenuation can be accurately calculated.

The established method is to place a column of energetic material into a transparent media which allows the event to be illuminated to capture the 2D shock front evolution from which position, displacement and velocity histories can be measured and calculated.

One SIMX16 customer at Los Alamos National Laboratory in the US, has developed a system called SWIFT (Shock Wave Image Framing Technique) which encapsulates the energetic material in PMMA and backlights the subject/event with a spoiled coherence laser (SI-LUX) to achieve a Schlieren imaging arrangement. To remove image blur and image saturation the SIMX16 exposure was set to 5ns. A narrow bandpass filer was employed to remove the event’s broadband luminance. A schematic of the experimental set up is shown below.

One test where SWIFT has been very effective is to capture a small column of HE as it detonates within solid PMMA. The sequence below was captured with 190ns interframe time (equivalent to 5.26M fps) and exhibits very high-quality images with high contrast between the expanding shock front position against a homogeneous grey back ground, which together facilitates accurate edge detection. Applying an edge detection algorithm and curve fitting similar to that used in aquarium test analysis, these images yield accurate shock front position with time from which detonation front velocity and radial shock pressure profiles (in PMMA) can be characterised. 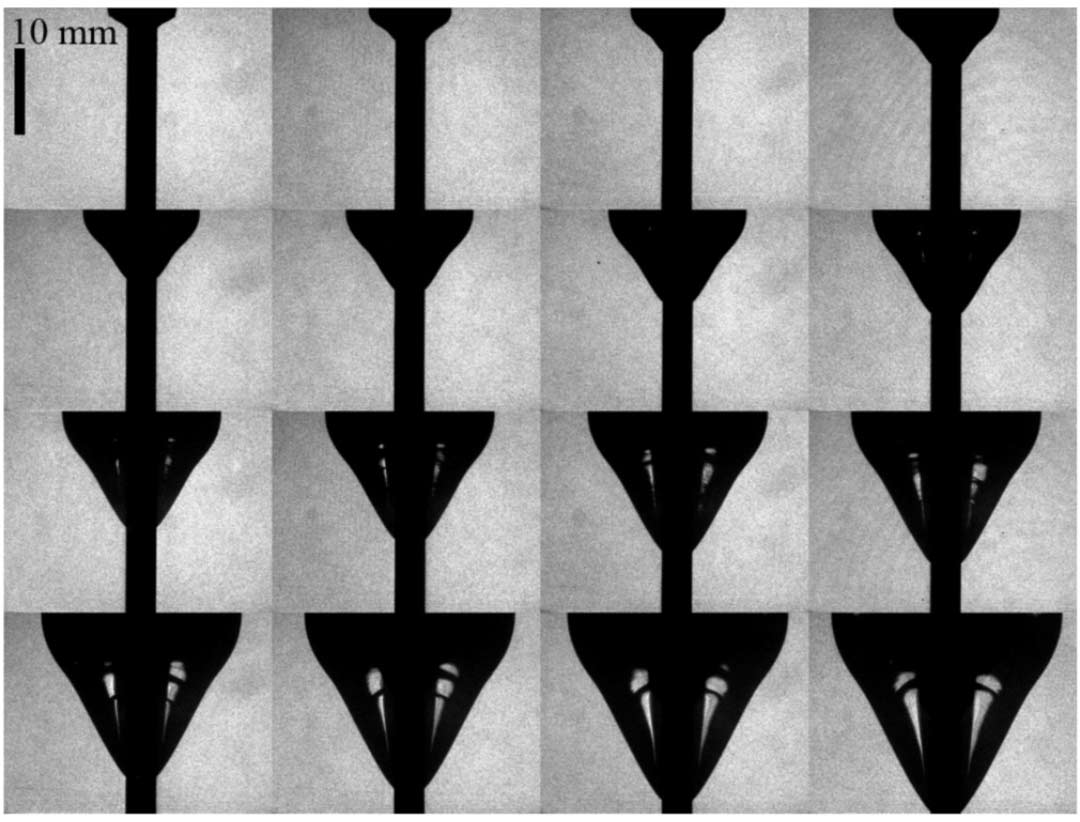 Specialised Imaging would like to thank Michael J. Murphy at Los Alamos National Labs for the use of these images, and reference to his papers below.

The PMMA encapsulated sequence can be seen here:

An example aquarium test sequence can be seen here:

Relevant papers on this subject can be seen here: