Specialised Imaging has published a new applications report that demonstrates the utility of its SI Tracker 2 system in following flight behaviour of a high speed projectile when the unexpected happens.

Improvements in powerful automotive propulsion and suspension systems over the last 50 years has allowed modern main battle tanks to incorporate progressively thicker and heavier armour protection systems, while maintaining considerable maneuverability and speed on the battlefield. In response to this, a new type of kinetic energy penetrator ammunition - Armour-piercing fin-stabilized discarding sabot (APFSDS) has been developed to effectively attack modern vehicle armour.

The purpose of the ballistic range testing undertaken by Specialised Imaging was to investigate the effect on the flight behaviour of APFSDS projectiles when using propellants at different temperatures. The expected effects of higher temperatures are increased barrel pressures, increased velocities, asymmetric sabot separation and subsequent projectile instability. Velocity measurements were taken with Radar Doppler and projectile behaviour down range of the gun muzzle was captured using the SI Tracker 2 system.

The ballistic range testing revealed that the higher pressures created by higher temperature propellants were the most likely cause of the observed failure of the sabot within the barrel, and the projectile breaking up immediately beyond the gun muzzle. Results in the application report show how the SI Tracker 2 unit was able to measure the velocity and position of the projectiles (intact and failed) well enough to capture the full 100m flight as intended. The authors conclude, that even when the unexpected happens, that the SI Tracker 2 provides valuable data to help establish the failure mechanism created by the higher temperature propellant and the subsequent effect on projectile trajectory.

Designed to enable engineers and ballisticians to fully understand the flight behavior of high-speed objects, the SI Tracker 2 projectile tracking system offers fully motorized three-axis remote control, pseudo real-time scan correction and greater accuracy, all in a compact, lightweight frame. Designed to house modern high-speed video cameras, the SI Tracker 2 offers high performance, durability and ease of use. It provides consistent and accurate tracking of objects in flight using a computer-controlled triggered rotating mirror positioned in front of a high-speed video camera. To fully evaluate the failure modes of high-speed objects, it is often necessary to observe their flight performance over a significant proportion of the trajectory. The SI Tracker 2 allows observations to be made of in-flight behavior of high-speed objects over more than 100 m with a tracking accuracy of better than 0.2° over its full scan. The resulting slow-motion record of the test object in flight allows accurate diagnosis of events such as fin deployment and motor burn time as well as calculation of pitch, yaw and spin rate. Using multiple input triggers positioned down range enables real-time correction of scan speed and position, allowing accurate 3D tracking of high-speed projectiles that exhibit unpredictable flight behavior. 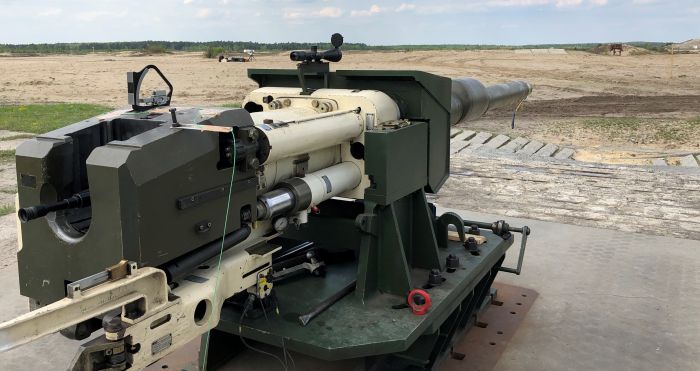 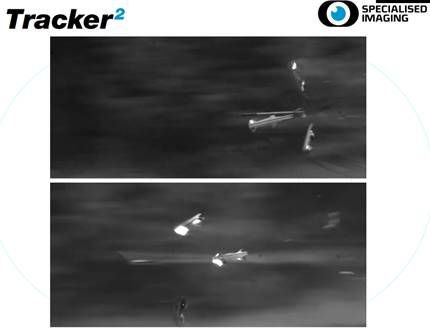