Capable of capturing data at 1 billion frames per second, the SIM range of ultra-fast framing cameras offer the ultimate in ultra-high-speed imaging performance to scientists and engineers across all disciplines. The proprietary optical design of SIM cameras offers up to 32 images without compromising shading, or parallax. High resolution intensified CCD sensors controlled by state-of-the-art electronics provide almost infinite control over gain and exposure to allow researchers the flexibility to capture even the most difficult phenomena. In addition to enabling simultaneous streak and framing experiments, the optical port on the SIM camera can be used to couple high-speed video cameras for longer record durations, or to integrate a mass spectrometer for hyperspectral measurements.

Researchers at the University of Michigan used a Specialised Imaging Simultaneous Multichannel Framing Camera and Streak Camera System to capture images of bursting microscopic droplets releasing the fluid within by focused ultrasound, and ultimately understand how this process can safely and effectively be applied to the delivery of drugs within the body. 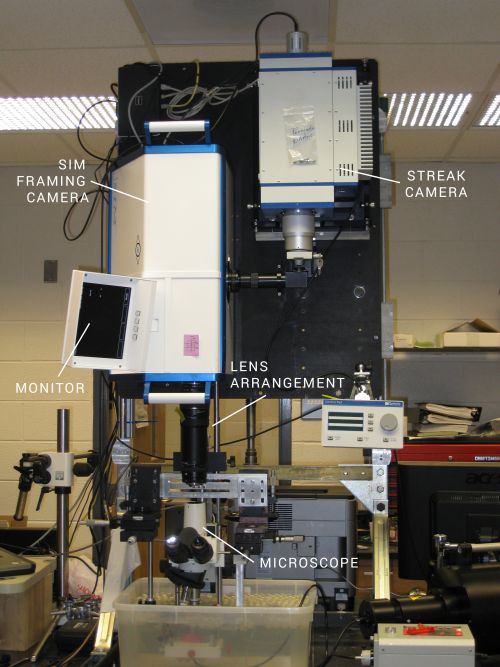 The University of Rhode Island used a Specialised Imaging Simultaneous Multichannel Framing Camera and Streak Camera System in research to quantify the shock speed and qualify the axisymmetric detonation development of a C4 booster test piece.

Specialised Imaging is widely recognised as a leading designer and manufacturer of innovative, high performance ultra-high-speed imaging cameras for industrial, scientific and defence research applications. The company invests strongly in research and development to maintain its position at the forefront of world-wide innovation in the high-speed imaging field. Specialised Imaging maintains offices around the world to support its extensive base of customers in North America, Asia-Pacific, Europe and the Middle East regions.